Generation and consumption of sustainable and efficient energy

Edinor, Northern Distributed Energy, of the Petronor Group, is dedicated to distributed generation that consists of the production of electricity from many small local sources close to the final consumer. It thus differs from traditional, large and centralized production, which is carried out in a few generation centers and requires extensive transport networks to reach its destination.

Edinor has developed a Local Energy Community model under the names CEL, “Comunidad Energética Local” (in Spanish) and TEK, “Tokiko Energia Komunitateak” (in Basque), which combine a series of attributes built on the basis of SUSTAINABILITY, EFFICIENCY and TRANSPARENCY.

The entity required to have a multiplatform application that allows its users and neighboring communities to consult the history of photovoltaic energy consumption generated and consumed.

A mobile app is developed in hybrid technology for Android and iOS, which allows users to have full access and control over the Edinor service. The application currently supports several different CEL/TEKs and is ready to support all future ones.

From the app you can:

If we can help you in the processes of your organization… 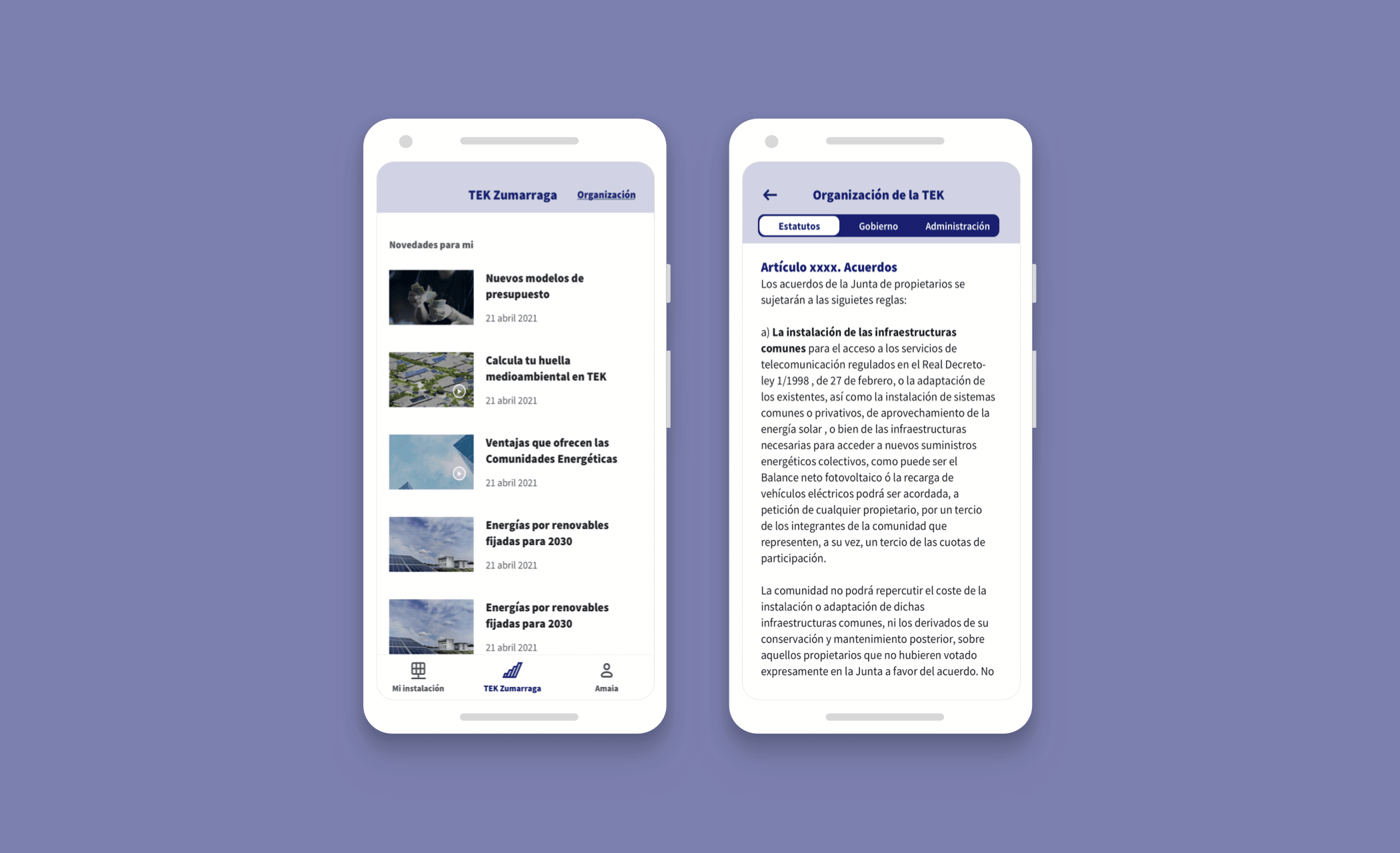